The Finger Lakes is a beautiful, picturesque place to enjoy nature, but it is also one of the best places on earth to grow Riesling.

Vineyards slope gently into narrow, pristine lakes in the Finger Lakes of New York. These lakes might look small at first glance, but they run very deep, 600 feet (183m) in some cases.

Bully Hill Vineyards just outside of Hammondsport in the Finger Lakes of New York.

This cool-climate growing region produces refreshing wines high in acid and fresh fruit flavors. You won't find much jamminess here (unless it's a jar of local Concord grape jelly).

For lovers of other cool climate wine regions like the Loire Valley, Germany, Champagne, and Burgundy, Finger Lakes has examples of all of those styles in one place.

The Finger Lakes specializes in dry Riesling with green apple, lemon, white peach, lime notes, and hints of jasmine. Thanks to their racy acidity, they can age well, and that’s when you start to see that rare petrol aroma come to the fore.

Refreshing blackberry, a hint of pepper and violet, and ripe plum, most have oak aging influence, with smoky notes, but you’ll find some leaner, lighter styles, including some fresh, dry rosé too.

These are often made in a lean, unoaked style that is steely and has aromas of lemon, green apple and peach. If you like Chablis, you’ll probably like these.

Ice harvest at Sheldrake Point Winery in the Finger Lakes.

Wines are made with the same grapes found in Champagne (Chardonnay and Pinot Noir), but you can also see German influences with Sparkling Riesling.

Quite rare, even for this cool climate region, but, if the conditions are right, these luxurious sweet wines that have perfectly balanced acidity are delectable with aromas of fresh apricot, honey, wax, petrol, mango and pineapple.

These are vine species that are a cross between the vine species Vitis vinifera (which are what most grapes around the world are) and American vine species such as Vitis labrusca.

Hybrids were developed in the 1800s to be more disease resistant and cold-resistant. They're rare, but you can still find them planted throughout New York today. Some examples in the Finger Lakes include red Baco Noir and white Seyval Blanc.

Mist on Bully Hill Vineyards in the Finger Lakes of New York.

There are 11 lakes in the Finger Lakes region, with Lake Seneca being the largest and Lake Canadice being the smallest. The lakes make it possible to grow wine grapes in what otherwise would be an extremely cool climate.

Sitting at 43°N latitude (Napa Valley sits at 38°N) the Finger Lakes has a cool continental climate. This means they have very cold winters, very hot summers, and a short growing season.

The Finger Lakes has a Winkler Index* of 2700 Growing Degree Days (*GDD in °F Units), just like Coonawarra in Australia and the Douro Valley in Portugal. How is this possible?

The answer is lakes; the Finger Lakes, and the Great Lakes Ontario and Erie.

The Great Lakes provide a buffer from the cold Arctic air in the winter that blows from the north, and the Finger Lakes help extend the growing season locally.

The Finger lakes were formed over 10,000 years ago by the retreat of mile-high glaciers in the last Ice Age. They heat up throughout the summer and retain that heat well into the autumn, which extends the growing season to help ripen grapes.

The best vineyards sit on slopes, which allows cool air to flow away, making it possible to ripen popular Vitis vinifera varieties like Riesling and Cabernet Franc.

In fact, if you triangulate all of Finger Lakes’ features (soil type, distance from lakes, and elevation), you'll realize there are many microclimates in this region. It's why you'll find a diversity of varieties.

McGregor Vineyards over looking Keuka Lake in the Finger Lakes.

Sub-Regions in the Finger Lakes

Due to the diversity of elevation, soils, lake size and depth, two unique AVAs within the Finger Lakes AVA were established. If you see these on the label, 85% of the grapes have come from these specific lakes.

Established in 2003, it is the deepest of all 11 lakes, with a depth of over 600 ft (183m). This means it holds a lot of heat in the autumn, making it one of the most stable growing conditions in the Finger Lakes.

The lake's heat storage capacity extends the growing season in the vicinity by several days. With predominantly shale soils, the wines from this AVA are known for their minerality.

Established in 1988, this AVA has slightly warmer temperatures than some other lakes due to its lower elevation (381 ft or 116 m). Because of the lower elevation, their growing season is 10-15 days longer than the other lakes, so you might find slightly riper styles of wine from this lake.

You can expect ripe fruit aromas with a refreshing, higher-acid palate from mostly limestone-based soils.

Ravines Wine Cellars - A pioneer in dry Riesling, producing some of the finest examples of this grape.

Hermann J. Wiemer Vineyard - Originally from the Mosel in Germany, the traditional heartland of Riesling, Wiemer immigrated to the USA and has been producing fantastic Riesling in the Finger Lakes since the 1970s. Their vineyards are now also Biodynamic. 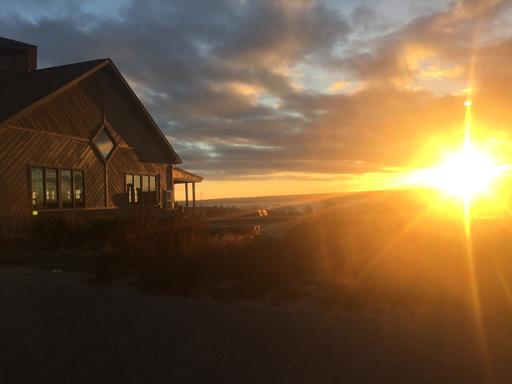 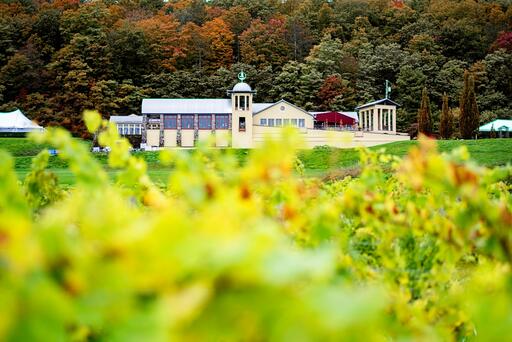 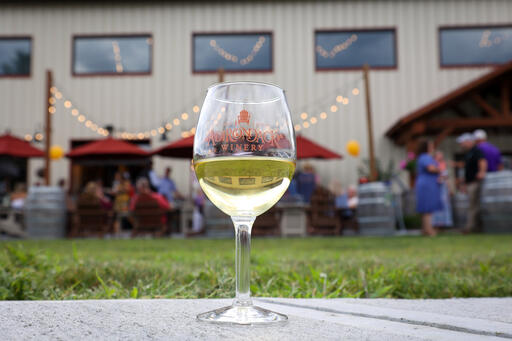 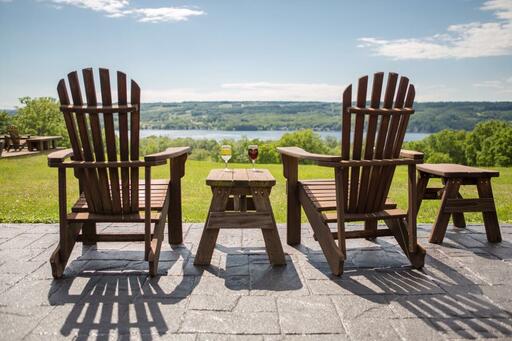 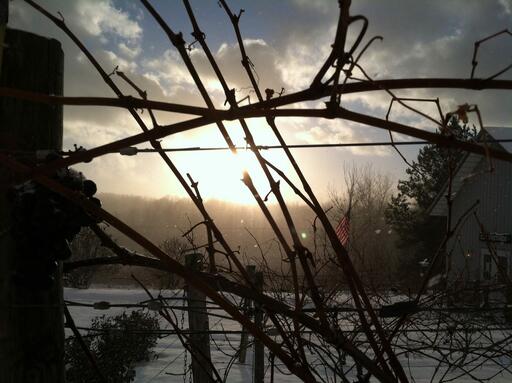 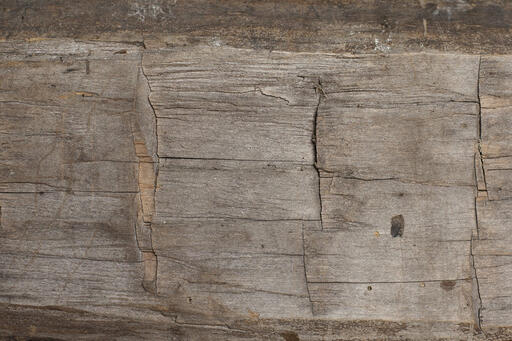 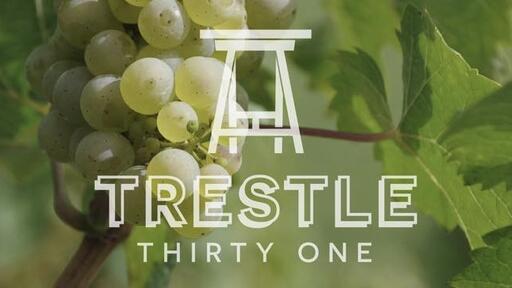 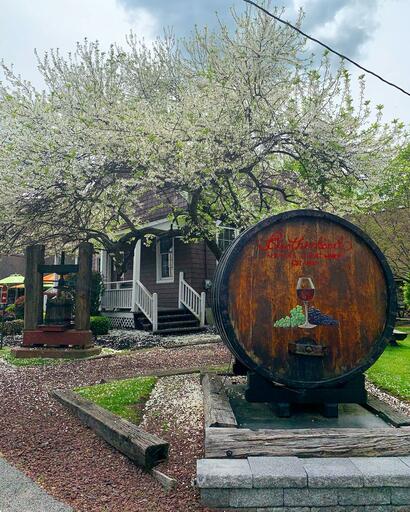 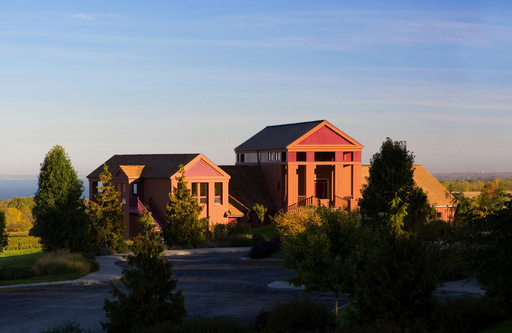